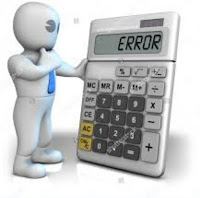 “Never start what you are unwilling to finish.”
Adedamola Otun

Hello!
It’s another edition of IFRS is easy.
There is this very old story of a village setting I once read many years ago. I’ll like to share it with you. Though I can’t vividly remember the names used. I’ll just try and make up some names here.
Kajola is a very strong and respected athlete in the village of Akansa. He is a rich, humble and generous young man. A man in his early thirties. He has never lost a race before. Sunki, his childhood friend suddenly grew jealous of him. He hated the fact that Kajola was better than him. His bitterness grew worse day by day that he swore to find a way to humiliate Kajola.
In the village of Akansa, sports-day ceremony is usually held twice in a year. The first ceremony for the year will come up in two days’ time. During this time, athletes from neighboring villages would gather together to grace the event. It is most certain that Kajola will participate in the race. In fact, he is always the cynosure of all eyes. Sunki decided to use this opportunity to carry out his diabolic act. The D-day came for the event. Sunki had prepared a lethal herbal mixture for his friend. He approached Kajola and presented it to him as a gift. He told him that the mixture will greatly increase his agility in the race and reduce his fatigue. Kajola couldn’t reject it. This is his friend who wants the best for him.
The race began and Kajola was seen ahead of other opponents. He ran as fast as he can. But in the middle of the race. He grew tired as the poison had eaten deep into him. He fell and died instantly. The uproar was extremely loud as people rushed to save him. Later in the day, a committee was set up to look into the matter. As fate would have it, Sunki was found to be responsible.
The king of Akansa village gave a verdict that Sunki be beheaded. He pleaded with the whole of his might. The king then decided to show mercy by giving him a rather heinous task to do. He was meant to swim through a 50 miles river. Sunki gladly took the offer and set out to the task. He swam as far as his strength can carry him. When he got to the 30th mile, he was already exhausted and he decided to give up. He didn’t know how far he has swum. So he swam back to the bank of the river where he was then beheaded for not completing the task.

He swam back? I guess you would have uttered those words. He did a 60-mile swimming instead of completing the remaining 20 miles. He lost his life to the effect that he wasn’t consistent with his will to be free.
One of the fundamental principles of IAS 8 is the aspect of comparability and consistency. Organizations might want to play a fast one by changing an existing accounting policy or estimate. This is called earnings management. But in the end, it is always ironed to the detriment of the stakeholders. IAS 8 tries as much as possible to prevent such by checking on the organization’s purported reasons for changing its policies or estimates. Hence, it is either you are consistent with your policies and estimates or you work in the path of the leadings of IAS 8.

Yeah, so let’s test your understanding so far. Click to view or download questions on IAS 8 and the solutions.
View/Download
I hope our blog post has immensely been of help. You can also help us by dropping your comments, opinions and questions in the comment box.
Don’t miss any of the IFRS updates on this blog. Sign up for free by subscribing with your email for notifications.
Please share. Thanks for participating
Posted by Adedamola Otun at 2:57 PM
Email ThisBlogThis!Share to TwitterShare to FacebookShare to Pinterest
Labels: Articles, IAS 8