Ethical Dilemma: I love you, but I’m an Accountant 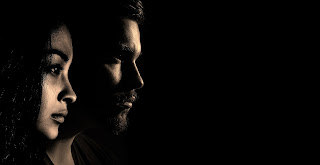 “The word ‘good’ has many meanings. For example, if a man were to shoot his grandmother at a range of 500 yards, I should call him a good shot, but not necessarily a good man.”
G.K Chesterton


If it were you, what would you do?

The questions of Integrity, limits of Professional Duty, Self Interest Threat, Conflict of Loyalty, Duty of Objectivity, and Intimidation Threat, are some of the many issues to be addressed before taking any decision.

Okay, so let’s sit up to consider this edition’s dilemma.

Your comments are highly welcome.


Tunde Obasi, ACA, is the senior-in-charge of the audit of Collin Industries Limited, a medium-sized client with a net asset of ₦500million. The financial controller of the company is Ngozi Tadoboh, ACA, who had been a staff accountant with Tunde’s firm. Ngozi left the firm about a year ago. Tunde and Ngozi dated approximately five years ago before Ngozi’s marriage. Tunde had attempted to renew their relationship after Ngozi’s divorce, but Ngozi had not expressed any interest in dating him.


During the year-end audit, Tunde discovered, through his analytical review, that the gross profit ratio for the company had been materially understated. His investigation revealed that the company failed to record last year’s inventory adjustment in the inventory records. Although, last year’s closing inventory balance was written down, the individual inventory cost amounts were never revised downward. Therefore, this year’s gross profit and pre-tax profit were understated by ₦30 million. When Tunde presented this evidence to Ngozi, she agreed that her department had erred by not posting the prior year’s adjustment to the subsidiary inventory records. Unfortunately, because the interim Financial Statements reflected these depressed earnings, the company had laid off three administrative staff, including one of Ngozi’s assistants.


Ngozi was apprehensive of bringing this omission to management’s attention because of the layoffs and other corrective actions that the company had pursued, including abandoning a ₦3.2 million option payment made on a parcel of land for expansion of the warehouse facilities. Tunde was sympathetic with Ngozi’s anxiety about disclosing this information since he felt that such an admission of oversight could have a detrimental effect on her career with the company.


Tunde discovered that to help Ngozi’s situation, a ₦30 million correction could be disguised as a recent re-interpretation of the uniform capitalization rules. Management had never understood these rules, and Tunde knew that their ignorance, coupled with the euphoria of additional income would not lead to any additional questions regarding this windfall. Tunde suggested to Ngozi that they meet for dinner and then go over to his place later to talk about it and Ngozi agreed to the suggestion.


How would you address the issue if you were in Tunde’s shoes?