The Fall of Enron 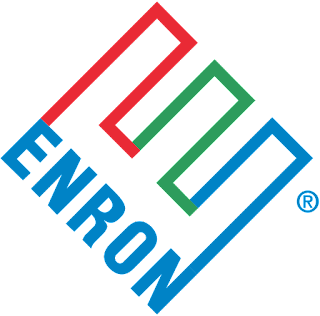 The bankruptcy of Enron Corporation is arguably one of the most pronounced financial crime scandal in the world of Corporate Governance and Financial Reporting.

The fall was a story of man’s greed and a faulty regulatory system. Enron was a ‘House of Cards’ which stood on the prejudices of Greedy Executives, Complicit Auditors, Untruthful Brokers, Conspiring Investment Banks, Ignorant Investors, Unhealthy Press, Unconcerned Government, and an undoubtedly failed system.

The question of “what went wrong?” was a baffling mantra on the lips of everyone that held high hopes in this fallen giant.

Enron was once regarded as the most innovative/admired company in the US and 7th largest US corporation. Unfortunately, as John Olson states, “it took Enron 16 years to go from about $10 billion to $65 billion of assets, and just within 24 days to go bankrupt.”

When Kenneth Lay, the Chairman and CEO of Enron founded the company in 1985 through a merger between Houston Natural Gas and InterNorth, Enron specialized in the business of natural gas. The company made consistently high profits, as it was one of the major market dealer in natural gas. Lay wanted more, so he decided to hire a smarter business tycoon, Jeffrey Skilling, who became the President and COO of the corporation.

Jeff decided that Enron could take a further step by becoming a stock market for natural gas. His idea was simple and sophisticated, “let’s transform Energy into financial instruments.” Boom!!! The idea generated enormous cash flows as investors came trooping in.

Enron widened its horizon by providing Electricity Services (Partnership with Portland General Electric), Broadband Services (Video on demand), and a host of others. The company made large Elephant-project investments which resulted in huge losses. But Jeff was smart enough to cover his tracks by adopting a system called Mark-to-Market accounting.

“Mark-to-Market accounting”, as defined by Investopedia, “is the act of recording the price or value of a security, portfolio or account to reflect its current market value rather than its book value.” Where losses were made, Enron could easily build assets and claim the projected profits on the assets instantly in its books. This enabled Andrew Fastow, the Company’s CFO, to compute ‘hypothetical’ profits. Present losses were adjusted by a wave of future profit projections. It was a magic of numbers.

Several off balance sheet transactions took place to enable Enron remove some of its toxic assets from its books. One of them is the LJM Company and several other entities conjured by Andy to help absorb those assets. Andy was a Managing Partner in LJM and at the same time Enron’s CFO. He successfully convinced a number of US Investment Banks to buy those assets (though it was a pretended purchase –they were actually giving out loans to Enron and deeming it as buying an asset, so as not to reveal the liability in Enron’s books).

Enron consistently declared huge profits even when they were making untold losses. The Executives got huge bonuses for making ‘profits’. They were living a lie. Things soon got out of hand. The Big Ship couldn’t hold any longer and so began to sink.

Jeff saw this and he quickly sold about $200m of his shares. Ken sold about $300m and Andy sold about $30m in stock. The Life Savings and Retirement Account of innocent investors were lying in Enron’s stock which will soon sink in value.

Soon, the SEC started investigating Enron and its ‘imaginary’ entities. Several discoveries emerged. Enron had losses of over $500m and debts over $600m. Enron sacked Andrew Fastow almost immediately after the investigations began.

Following the discoveries, Enron’s shares started plummeting in value. A Bank Run was imminent. But it was too late for the investors to realize that the situation was an irrecoverable and overly damaged one. Pensions and Life Savings were lost. Enron’s shares dropped from an all-time high of $90.56 per share to $0.26 per share.

The fall of Enron was followed by numerous suits filed against the key players that led to its bankruptcy:

The fall of Enron, among others, brought about the popular Sarbanes-Oxley Act of July 30, 2002 which created tough measures in addressing issues that border on Corporate Governance.

Note: Images are culled from gstatic.com and newsok.com

Posted by Adedamola Otun at 4:42 AM
Email ThisBlogThis!Share to TwitterShare to FacebookShare to Pinterest
Labels: Articles, Corporate Governance