Accounting for Crypto-currencies and its varied accounting debates 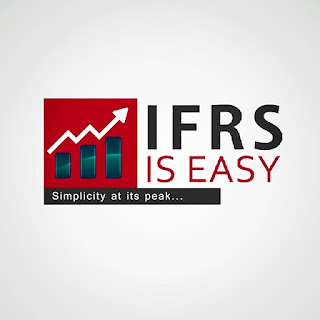 “On May 22, 2010, a Bitcoin (the first established cryptocurrency) forum user named Laszlo Hanyecz spent 10,000 Bitcoins to buy two large pizzas from a fellow Bitcoin forum user. At the time, the whole 10,000 Bitcoins were worth about $25 to $30 which seemed almost worthless. This transaction is widely believed to be the first time Bitcoin was used as a medium of exchange to buy something tangible. However, currently, one Bitcoin costs over $8,000 which means that the amount he paid in Bitcoin for the two pizzas was over $80 million. That event is now known in the cryptocurrency community as Bitcoin Pizza Day.”

It is no longer news that cryptocurrencies (created in 2009 by Satoshi Nakamoto, an unidentified person or group) are one of the relatively recent wonders of the 21st century. Various schools of thought in the accounting sphere have raised varied opinions about the acceptable accounting treatment of cryptocurrencies especially in light of its suffix “currencies”. But before we dive in, let’s take a brief look at what cryptocurrencies are:

“a. A digital or virtual currency recorded on a distributed ledger that uses cryptography for security.
b. Not issued by a jurisdictional authority or other party.
c. Does not give rise to a contract between the holder and another party.”
–as defined by the IFRS Interpretations Committee

Don’t get it twisted

A cryptocurrency is simply digitized money (or money on a web browser platform) –just like PayPal, only that it is not widely accepted as legal tender in many jurisdictions around the world, mainly because it is not centralized (i.e the Central Bank has no control over its issuance and supply as it has over fiat currency – paper money and bank deposits).

Also, cryptocurrencies are built on an infrastructure called “block chain”. Every digital transaction that ever occurs are kept in an electronic “public” ledger called a block chain to prevent fraud or double spending. There are currently over 1,500 cryptocurrencies including Bitcoin (the largest), and other alternative coins such as Ethereum, Ripple, Tether, Cardano, Stellar, Litecoin, among many others.

Let me spare you the details.

The question on your mind really is, “as a holder of cryptocurrency, how should it be classified in the financial statements?”

Is it a financial asset, an intangible asset, or an inventory?

IAS 7 (paragraph 6) defines that Cash comprises cash on hand and demand deposits while IAS 32 (paragraph AG3) explains that Currency (Cash) is a financial asset because it represents the medium of exchange and is therefore the basis on which all transactions are measured and recognized in financial statements.

Also, a deposit of cash with a bank or similar financial institution is a financial asset because it represents the contractual right of the depositor to obtain cash from the institution.

As a result of the foregoing, the IFRS Interpretations Committee (in its Agenda paper 12 of its June 2019 update) observed that although some cryptocurrencies can be used in exchange for particular goods or services, however, the Committee is not aware of any cryptocurrency that is used as a medium of exchange and as the monetary unit in pricing goods or services to such an extent that it would be the basis on which all transactions are measured and recognized in financial statements.

Consequently, the Committee concluded that a holding of cryptocurrency is not cash because cryptocurrencies do not currently have the characteristics of cash.

Medium of exchange
It is quite obvious that the adoption of cryptocurrency (especially Bitcoin) as a payment option is on the rise. Many companies now accept Bitcoin in payment for their goods and services. Current examples are Microsoft, FAMSA Mexico, Shopify, Overstock, WordPress, PayPal, among many others. Although acceptance within a jurisdiction does not equate legal tender (backed by law) in that jurisdiction, it is estimated that in the near future, Bitcoin might become a generally accepted medium of exchange in payment for goods and services and might satisfy the definition of cash as a financial asset if it could serve as a suitable basis for measuring and recognizing all items in an entity’s financial statements.

Legality
Many countries are in the process of legalizing the use of cryptocurrency as a medium of exchange.
According to Wikipedia, the following instances highlights the legality of Bitcoin in some jurisdictions:

Bitcoin Teller Machines
Just like the Automated Teller Machines, Coinsource, one of the largest Bitcoin ATM Network makes it possible for its customers to withdraw cash from its machines based on the wallet address where their Bitcoin is stored. This will in no small way affect the acceptability of Bitcoin as a medium of exchange.

IAS 38 (Paragraph 12) states that an asset is identifiable if it is separable or arises from contractual or other legal rights. An asset is separable if it is capable of being separated or divided from the entity and sold, transferred, licensed, rented or exchanged, either individually or together with a related contract, identifiable asset or liability.
Also, IAS 21 (Paragraph 16) states that the essential feature of a non-monetary item is the absence of a right to receive (or an obligation to deliver) a fixed or determinable number of units of currency.
As a result of the foregoing, the IFRS Interpretations Committee (in its Agenda paper 12 of its June 2019 update) observed that a holding of cryptocurrency meets the definition of an intangible asset in IAS 38 on the premises that cryptocurrencies are capable of being separated from the holder and sold or transferred individually; and cryptocurrencies do not give the holder a right to receive a fixed or determinable number of units of currency. Hence, cryptocurrencies meet the definition of intangible asset and should be classified as such.

Determinable number of units of currencies
The story in our introduction depicts the fact that there seems to be a significant risk of changes in value of cryptocurrencies as opposed to the standard’s definition of cash equivalents (IAS 7 paragraph 6) as short-term, highly liquid investments that are readily convertible to known amounts of cash and which are subject to an insignificant risk of changes in value. This therefore makes it difficult for a holder to at any point in time expect a fixed or determinable number of units of currency. Hence, the Committee’s observation on cryptocurrencies as non-monetary.

However, looking at examples of countries that experience hyperinflation such as Zambia and Venezuela where the countries’ cash (generally accepted medium of exchange) is in a situation of significant risk of changes in value, yet is being carried as a financial asset nor classified as an intangible asset. This hard and fast rule seems debatable.

IAS 2 (paragraph 6) defines an inventory as assets:
“(a) held for sale in the ordinary course of business;
(b) in the process of production for such sale; or
(c) in the form of materials or supplies to be consumed in the
production process or in the rendering of services.”

The IFRS Interpretations Committee observed that an entity may hold cryptocurrencies for sale in the ordinary course of business. In that circumstance, a holding of cryptocurrency is inventory for the entity and, accordingly, IAS 2 applies to that holding.

Our conclusion:
Just as The European Central Bank (ECB) has defined a virtual currency as ‘a digital representation of value, not issued by a central bank, credit institution or e-money institution, which, in some circumstances, can be used as an alternative to money’, we believe that in the not too distant future, the world might embrace cryptocurrency as the new found cash. And as such, it is expected that the IASB will keep on watch to any changes in the current state of cryptocurrency that can affect its earlier definition and classification.
Posted by Adedamola Otun at 6:38 AM
Email ThisBlogThis!Share to TwitterShare to FacebookShare to Pinterest
Labels: Accounting for Crypto-currency, Articles