How to measure insurance contracts under IFRS 17 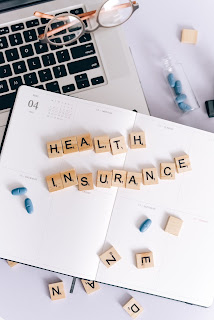 Welcome to IFRS is easy!

I raised a poll on IFRS is easy's LinkedIn page and here is the result.

Almost all accounting standards describe the approach to use in computing the numbers. For example, IAS 2 will tell you to use First-In-First-Out or weighted average method to compute the value of your inventories.

Likewise, IFRS 9 will tell you to use general or simplified method for the value of your impairment allowance on financial assets.

If you consider the complexity in IFRS 9 and IFRS 17, you may see why IFRS 17 did not hesitate to create a simplified method alongside the general method.

There are 3 measurement models for accounting for insurance contracts under IFRS 17.

But before we discuss each of them, there's an important term to note. It's called Participation Feature.

This is referred to as a participation feature and it can be direct or indirect.

What is a direct participation feature?

A direct participation feature (DPF) means that the kind of gain that the policyholder gets from the premiums invested meets the 3 criteria below. If they don't, then they are indirect.

So now let's briefly talk about when you should use the 3 measurement approaches.

If there is a DPF in an insurance contract, the variable fee approach is used. This is because the insurer will deduct a variable fee for the insurance service it has rendered to the policyholder through the investments.

This implies that the general model and the simplified model are used for other insurance contracts especially when there is no participation feature.

Also, the general model is used for the indirect participation feature.

Yes! You made it to the end.

I will be happy to receive any questions you may have about the topic discussed in this blog post.

Don’t forget to subscribe to our YouTube channel to get all new IFRS analyses. Also, click on the email subscription button on this page so as not to miss any of our blog updates.

For: IFRS IS EASY

Posted by Adedamola Otun at 10:52 AM
Email ThisBlogThis!Share to TwitterShare to FacebookShare to Pinterest
Labels: Articles, IFRS 17